Why is Invisalign a Better Option in Tijuana?

Have you ever thought about having straighter teeth, but don’t want to deal with a bunch of metal brackets and wires in your mouth? Invisalign has become a very popular way to get a straight smile without the hassle or appearance of traditional braces.

Dentists that offer Invisalign have to complete a special training first. Invisalign is virtually invisible, making it a really great option for adults that are already in the professional world, as well as for teens!

Invisalign allows patients to eat any of the foods they like because the aligners are removable while eating. Invisalign treatment consists of aligners made from a specially formulated plastic. The patented design applies a specific amount of pressure to gently move teeth in the same manner as traditional braces. Invisalign can treat mild to complex issues.

Invisalign provides several aligners that the patient will switch out every 1 to 2 weeks as prescribed by your dentist. The patient will not have to visit the dentist that often, however. Trips to the dentist’s office would only be about every 6 to 8 weeks. The plastic used to make the aligners is called SmartTrack and are specifically made to fit each individual.

The doctor uses advanced technology to create a digital map for your smile. Aligners are worn 20 to 22 hours per day. Prior to using Invisalign, the patient may need a check up and a cleaning. Generally, treatment with Invisalign lasts 12 to 18 months.

Sometimes, additional pressure is needed to move specific teeth and the dentist may apply SmartForce attachments that are adhered directly to your teeth. They are very small and are similar in color to your teeth. They fit under the aligners and are barely visible. Even if you previously had braces, but your teeth have shifted, Invisalign can be a great option to help move them back in line.

Like traditional braces, Invisalign can be a bit costly, however it is often covered, at least in part, by dental insurance. Some dentists allow payment plans as well. The average cost of Invisalign aligner treatment ranges from $3,000 to $7,000, however the final cost depends on several factors. For example, how complex is the work going to be? Will there be additional dental work that is needed prior to beginning the Invisalign treatment? How much will dental insurance cover? Will you be compliant with the program? Where is the dentist located? The location can absolutely affect how much the dentist’s actual fees are!

Did you know that Invisalign is available outside of the United States?

Dental tourism has become more and more popular over the last several years and for good reason! For example, the cost of Invisalign is considerably less in Tijuana, Mexico and you have the added benefit of being on the beautiful Baja Peninsula while you’re there.

Tijuana boasts numerous dental offices with highly trained dentists, orthodontists, and support staff. Real estate is much less expensive in Mexico and labor is much cheaper which allows for great care at a significant discount. In fact, dental work in Tijuana is generally 50 percent less than in the United States.

Dental Image in Tijuana, Mexico was founded by the father-son team of Ariosto and Cesar Manrique. Both highly trained dentists and members of numerous dental organizations, Drs. Manrique offers quality services at a fraction of U.S. pricing. Invisalign is offered at Dental Image at a significantly discounted rate from the costs in the United States. Additionally, any work that has to be done prior to treatment is also significantly lower! All of that with the beach nearby too! 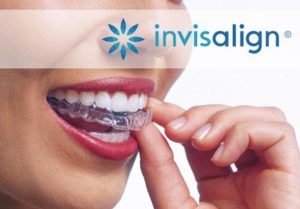 Why is Invisalign a Better Option in Tijuana?